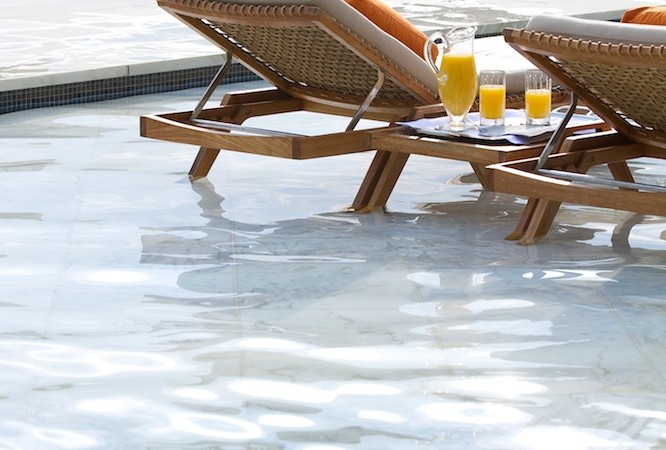 This article has been translated from Les Echos, printed on the 5th August 2015.

The summer series – situated on one of the most beautiful sites of the Cote d’Azur, Saint Jean Cap Ferrat is arguably the most expensive seaside town of the whole of France. The limited area, its proximity to Monaco attracts an international clientele who have greatly increased the real estate prices. Despite the economic crisis, they are still high.

Saint Jean Cap Ferrat is without doubt the seaside resort of all superlatifs: the most expensive of the Cote d’Azur, the most popular amongst the rich, also the most secretive. The real estate transactions are processed in the upmost discretion by the specialist agencies of the ultra luxurious villas and the cautious buyers.

“Saint Jean Cap Ferrat is the total opposite of Saint Tropez, the rich clients come here to be quiet and calm. Discretion is the rule, they know that their anonymity will be respected”

remarks Franck de Smet, a consultant with J&J Luxury Realty. However the area has not escaped the moroseness that the Cote d’Azur has achieved over the past few years. According to the estimations given by MeilleursAgents in August 2015, the prices have been reduced by 2,9% over the past year. The average price per m² is 16.180 euros for houses and 10.762 euros for apartments.

“The fact that the Russians have disappeared from Saint Jean Cap Ferrat has impacted the prices”,

analyses Antoine Garcin, the Cote d’Azur director of Emile Garcin Immobilier. Before the crisis of 2008, the craze of the Russian oligarques in the region made the prices go crazy. Properties were sold at more that 40 000 per m². We can now find villas of 200m² with a sea view and swimming pool from 4 million euros. Its ok for the peninsula to cultivate discretion, it is rare for it to be unnoticed. Its here in Saint Jean Cap Ferrat that a villa was bought at 216 000 per m², for a total amount of 130 million euros, the world record of 2014 relative to the luxury real estate price per square metre. Despite the disappearance of the Russian buyer, the area remains taken by an international clientele. This maintains the prices at the top of the scale.

We are seeing a return of the Anglo Saxon clientele, mainly American. The Chinese are also interested in the Cote d’Azur

A market made up of approximately 500 houses

It was at the beginning of the 20th century that the famous houses of Saint Jean were built: Villa Ephrussi de Rothschild, became a museum and a botanic park, the Villa des Cèdres, previously owned by the Kind Leopold II of Belgium, or even the Villa Santo-Sospir decorated by Jean Cocteau, and an historic monument. Currently, Saint Jean Cap Ferrat is a games ground for a rich clientele looking for exceptional real estate. There are sometimes some invariable requirements:

“a view of the sea, on the top of the peninsula, with no vis-a-vis and a swimming pool are the must requirements”

analyses Franck de Smet. An example of a villa of 700m², ultra modern with panoramic views over Cap Ferrat, with an overflow effect swimming pool, a cinema room, with an asking price of 19 800 000 euros. For the mot precise locations, it is difficult ro know more, discretion is required. The properties facing East, towards Monaco and more sought after than those facing Nice on the West side. The villas located next to Paloma Beach or towards Saint Hospice are in high demand. For buyers looking for a certain authenticity, a fisherman’s house dating back to the 19th century, of 130m², magnificently renovated, in the heart of the village, on grounds of 170m² was sold for 1,7 million euros.