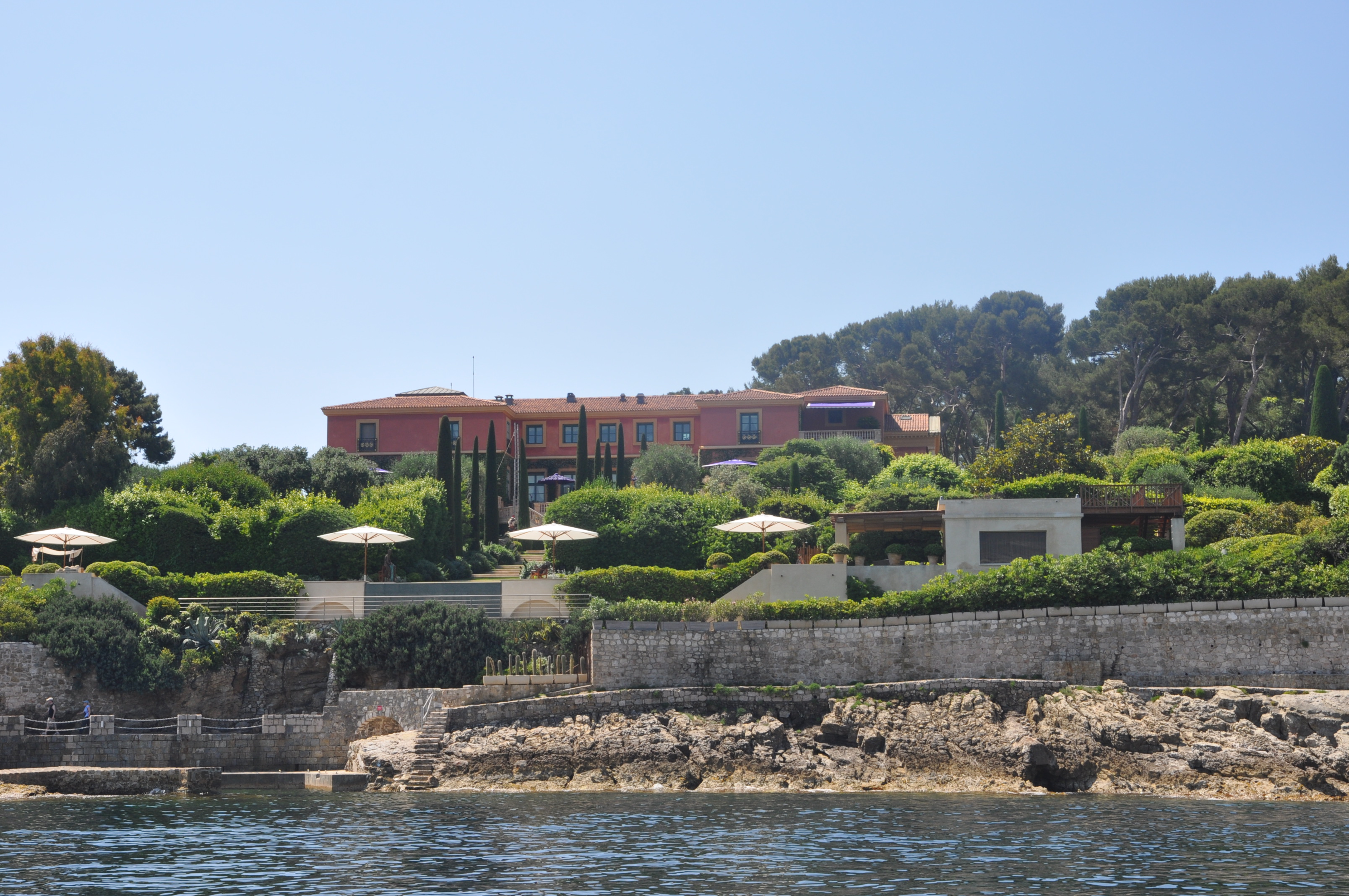 La Fiorentina is a villa with a fascinating past. Built in 1917 by the formidable Countess Therese de Beauchamp it has hosted enemy troops, writers, actors and royalty. It occupies a vast piece of land on the far end of the Saint Hospice point of the Saint Jean Cap Ferrat peninsula.

The Countess, daughter of the Count Giorigi Vitali, was a woman with a vision and commissioned architect brothers Aaron and Gaston Messiah to design this large rectangular building, surrounded by two belvedere turrets.  The brothers, working in collaboration with Harold Peto, also redesigned the 22-hectare park, which had been damaged extensively by strong winds. This talented team were also to design the impressive staircase leading from the villa and down to the water’s edge, along with the large ponds and orange tree groves.

But the hot-tempered Countess soon grew tired with the men working on the house and gardens and dismissed them all, choosing instead to commission writer, architect and landscape gardener Ferdinand Bac to finish the job.

Bac had brought with him a stellar reputation having worked on the stunning Villa Croisset in Grasse, transforming it from a dull and characterless property to a warm Mediterranean-style retreat.

He quickly formed a new vision for the villa and gardens, one with a monumental pillar enclosure. Visitors would find the Latin inscription ‘Fata regunt orbem’ or ‘Destiny rules the world’ on one of the pillars.

By 1919 the garden, with its varied themes, was completed. Bac noted on a visit that plants and grass had already grown so much that “the villa seemed to be placed on an emerald plate”.

Despite the efforts of her many designers and workforce, the Countess soon tires of her peninsula hideaway and turns her attention to the vast Leopolda estate in Villefranche sur Mer, which becomes her home in the early 1920s.  Fiorentina is sold to diamond magnate and art collector Sir Edmund Davis, who further develops a large part of the littoral path surrounding Cap Ferrat.

One notable visitor to the villa was famous Italian writer Gabriele d’Annunzio, who stayed in the property shortly before he was proclaimed Lord and Prince of Monte-Nevoso in 1939.

It was in 1939 too that La Fiorentina was purchased by Lady Kenmare, sometimes viciously referred to as ‘Lady Kilmore’ in reference to her three dead ex-husbands. Roderick Cameron, the son of her last husband, was passionate about landscaping and gardens and took it upon himself to overhaul the villa and its surroundings.

He enlisted the help of Henri Delmotte, a notable architect who had previously worked on Villa Mauresque the home of playwright Somerset Maugham.

During the years of renovation, Roderick (also known as Rory) and his mother lived in the neighbouring Clos de Fiorentina, an old bastide on the estate. The work to modernise the building was extensive with the gold flaked ceilings and sculptured stone chimneys removed to make way for a modern, stripped-back style of décor.

Unfortunately, the declaration of the Second World War halted the renovation and due to the strategic position of the property became occupied by the Germans. The property suffered during this occupation and extensive renovation work was once again needed after the war ended.

This included several important modifications to the original building, including the removal of the two belvedere turrets and the temple structure marking the entrance. The arcades and immense reception room made way for two new floors transforming the villa into a Palladian-style mansion, not unlike the Rotunda de Vinence Villa in Italy.

The grounds were redesigned by the landscape gardener Russel Page.

At La Fiorentina Cap Ferrat, Rory Cameron organised large parties and entertained a host of  celebrities, including Greta Garbo, Elizabeth Taylor and Somerset Maugham, who loved to play bridge with the hostess. Even though the grounds have been reduced to 30,000 m², the Villa Fiorentina with its two swimming pools, remains one of the largest properties on Saint Jean Cap Ferrat.

Please note that this is an article written solely for the history of La Fiorentina. This is not a real estate listing.

The Most Expensive Village in the World? Cap Ferrat Real Estate