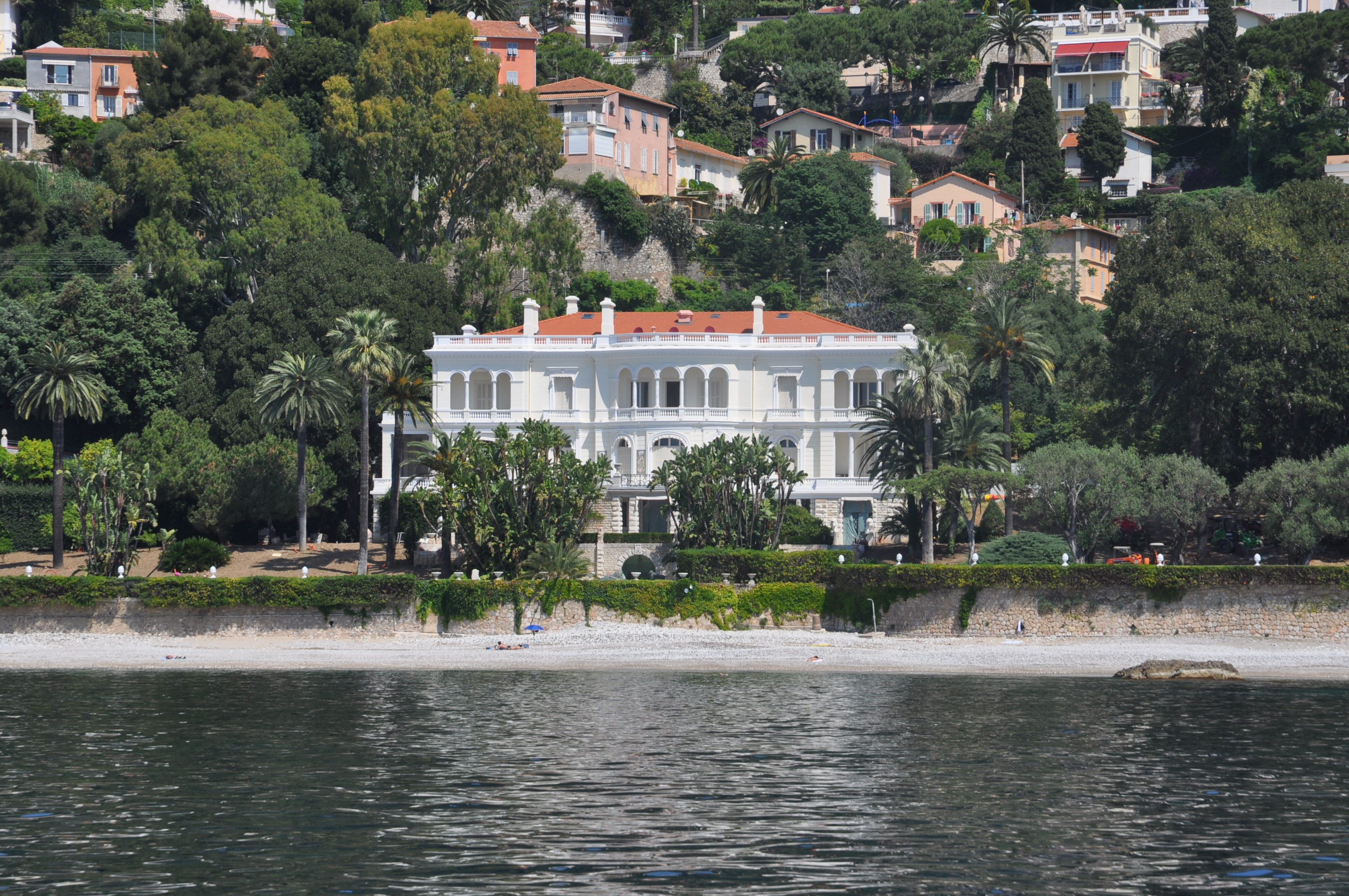 Sun, Sea, and the Crowned Heads of Europe – Tourism in the French Riviera During the Eighteenth, Nineteenth, and Early Twentieth Centuries

The French Riviera can lay claim to being one of the longest-serving ‘resort areas’ in the world. Having always attracted people with its glorious climate and exquisite beauty, the Riviera really began to capitalise upon its assets in the way of tourism as early as the 18th century – long before the concept of ‘tourism’ was even invented.

Through the early half of the eighteenth century, the French Riviera was a quiet region, largely forgotten by those with the wherewithal to either bother or improve it. The coast was punctuated with fishing villages and olive groves, and its main export was flowers which would be turned into perfume at Grasse (an industry still going strong today!). All of this changed with the advent of British picaresque novelist Tobias Smollet, who travelled admiringly through the region in the 1760s. His ‘Travels Through France and Italy’ (Nice was, at that time, an Italian city) detailed the warmth and beauty of the area. His book was read with great yearning by members of the British aristocracy who were tired of shivering through the cold, damp British winters. The publication of Smollet’s book happened to coincide with Scottish doctor John Brown’s introduction of what he termed ‘climato-therapy’. The right climate could, Brown claimed improve or even cure a whole host of conditions, from tuberculosis to rheumatism. The French Riviera seemed just the ticket. A flood of ailing British aristocrats limped into the area, hoping that the climate and fresh air would help them to regain health and vigour.

The Rise of Cannes

They brought with them plenty of money. In 1834, the first Baron Brougham and Vaux (notable for his part in the abolition of the British slave trade), came to France. He and his sister were intending to travel to Italy, but were halted in Cannes by a cholera epidemic. This event, devastating to many, proved fortuitous for Cannes. Brougham liked the area so much that he built a villa there and took to spending winters in it. His was a magnetic influence, and other British nobles and social climbers swiftly followed suit. Notable visitors to the French Riviera during this time included Robert Louis Stevenson, author of ‘Treasure Island’, who travelled to the area for the sake of his health, and wrote a book of children’s verse during his stay.

The secession of Nice to France, and the introduction of a railway line caused an explosion of popularity for the French Riviera in the late nineteenth and early twentieth century. Visitors flooded in from all over Europe – although the tourist industry retained its peculiarly British slant. Many entrepreneurs saw great potential in the fledgling gambling industry, and before long luxurious casinos were springing up, tempting the aristocratic youth of Europe to gamble away their inheritances. It is this mixture of sophistication, glamour, and vice which would prove irresistible to many visitors over the course of the next century, and would shape the image of the Riviera as epitomized in the novels of Agatha Christie, P.G. Wodehouse, and many others. However, the Riviera nonetheless also managed to appeal to the strict moral code of Queen Victoria herself.

Queen Victoria and her family were ardent fans of the Riviera. Queen Victoria paid almost annual visits to the area between 1882 and 1899. On one memorable occasion, she had the entire West Wing of the prestigious Excelsior Hotel Regina in Cimiez given over to herself and her extensive staff. Many years later, Henri Matisse would occupy part of the same wing. Victoria’s family matched her in their enthusiasm for the Riviera – although they were (slightly) less extravagant in their holiday accommodations. The Prince of Wales – the future King Edward VII – was an avid boater, and made a point of visiting Cannes for yacht races. His royal yacht, the Britannia, was a regular feature of these races. Boating remains one of the greatest pleasures on offer in this area. It was also during this era that cruising began to really take off as the vacation of choice for those who like to tour foreign climes in luxury. The Cote d’Azur was – and remains to this day – a premier center of the cruising industry.

Changing, But Staying The Same

Just before the advent of WW1, the Cote d’Azur had been beginning to draw a young artistic set. The likes of Auguste Renoir, Pablo Picasso, and Henri Matisse were entranced by the sublime quality of light and colour in the area, and gained a good deal of inspiration from Riviera scenes, landscapes, and life in general. Oddly, the First World War seemed to do little to dent the popularity of the Riviera. Although the British aristocracy – previously the staunch clientbase of the Riviera’s tourist trade – went into a sharp decline from which it would never recover during this period, the Riviera was nothing if not adaptable. Its new brand of visitor included high flying American businesspeople, and rising stars of the European socialite scene. The clientele, while perhaps not as titled as they once were, were therefore nonetheless no less glittering and moneyed.

In the following years, wars and economic conditions would periodically dent the tourist economy of the region – but never destroy it. The Riviera remains remarkably unchanged from its initial designation as the destination of choice and the place to be seen by the biggest names in the world. Of course, the Cote d’Azur now has the marked advantage of being a lot more accessible to those on a more limited budget as well – meaning that everyone can have the opportunity to come and experience that which the crowned heads of Europe found so enticing!

With special thanks to Anne Cleaver.

Waterfront Properties along the Riviera