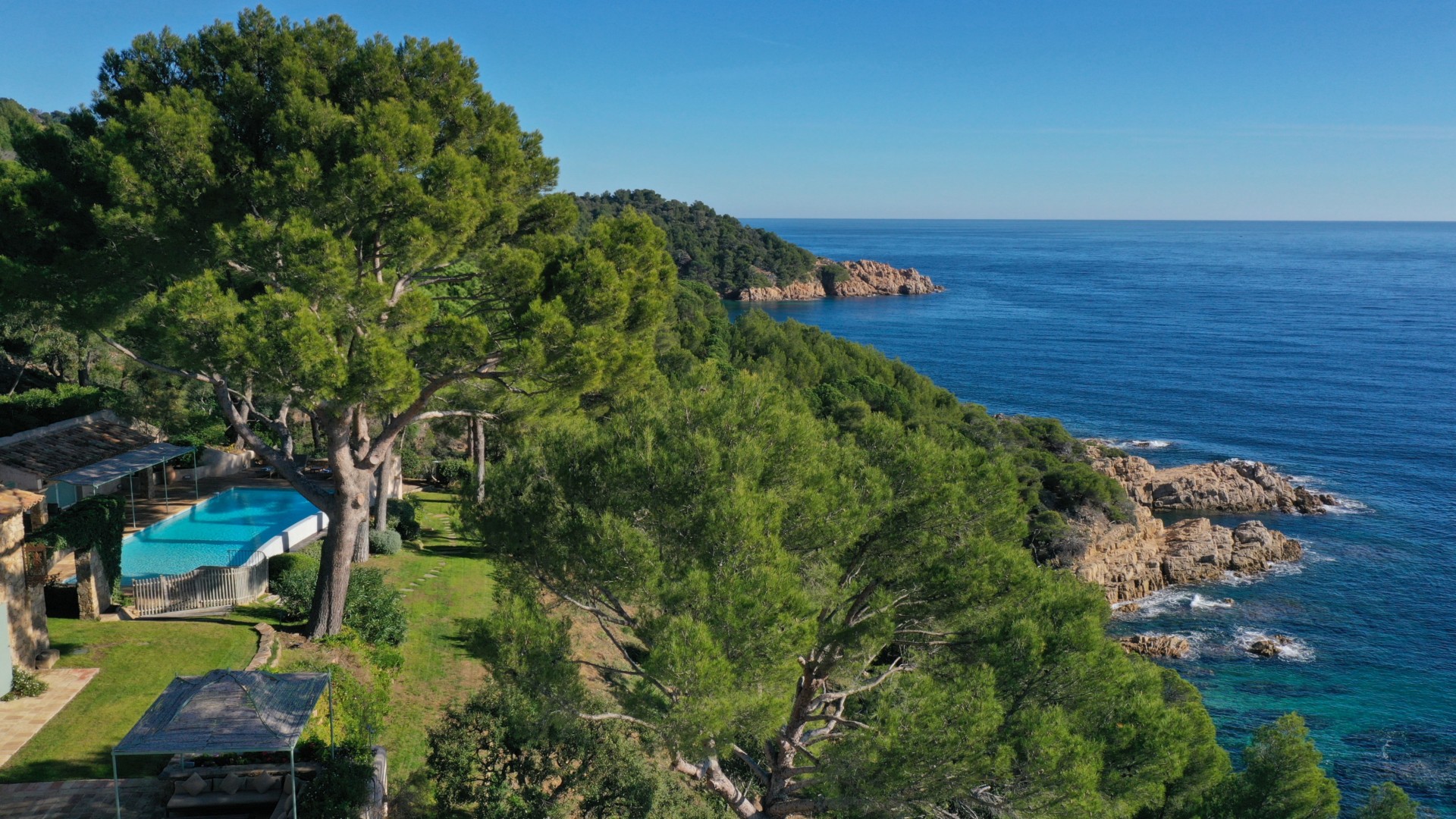 The Var region of southern Provence includes a beautiful coastline, famous resorts such as Saint-Tropez, and many interesting coastal towns and villages to explore. Situated in the centre of the peninsula of St Tropez is the beautiful medieval perched village of Ramatuelle, a peaceful and delightful place to use as a base for exploring all the pleasures of the Var.

Built against the hills, Ramatuelle faces out on a sensational vista of the Bay of Pampelonne. The viIlage is closed in by ramparts with rooftops of pink tiles and the ancient stone houses lined along the narrow streets.

Nearby is the famous beach of Pampelonne, which stretches for five kilometres and is carved with creeks and inlets with crystal clear water.

The cultural life in Ramatuelle is particularly robust, with jazz and classical music festivals and excellent theatre events. In the summertime, the village is busy with various well-known events such as the Ramatuelle Festival, Musiques en Liberté and Jazz à Ramatuelle.

Many celebrities have fallen in love with this area and have made it their home.

Ramatuelle stands out for its tranquillity and authenticity. The village centre is remarkable for its unusual spiral layout. As you walk along the winding streets, admire the succession of porches, passageways, little squares and pretty flower-adorned houses along with many craft shops.

This peaceful village has some interesting sights, including the 19th-century Eiffel steps on Place Gabriel Péri, the old prisons built during the reign of Napoleon III, the 17th-century Font-d’Avaou washhouse, the Chapel of St Anne and the Church of Our Lady.

Ramatuelle’s main square, just outside the stone entrance gateway, is the Place de l’ormeau (Elm Square) and is the place to go to find a variety of excellent bars and restaurants.

There is even a lovely view from the car park in Ramatuelle, which looks out over the surrounding vineyards and the southern end of Pampelonne Beach to the light-house at Cap Camarat. This lighthouse is the second highest in France and you can see as far as the island of Corsica from the top.

The village is known as an arts and crafts centre and there are a number of little galleries to visit as you wander round.

Nearby, the village of Gassin is also very beautiful and just three kilometres from Ramatuelle. Catch the miniature tourist train to get there and back.  Down on the coast there are numerous places of interest, with Saint-Tropez and Port Grimaud being among the popular destinations very close by.

Ramatuelle sits above the famous Pampelonne Beach, famous for both its role in the Allied landings during World War 11 and its renown as one of Saint Tropez’s main beaches – and the first beach to introduce topless sunbathing on the Cote d’Azur.

Pampelonne beach helped build the fame of Saint-Tropez when the stars of the fifties and sixties fell in love with it. Ever popular to this day, it is one of the most famous beaches in the world.

Three institutions are at the origin of this fame:

Tahiti Beach was installed in 1946, using the bamboo décor abandoned by the Victorine studios in 1935 during the filming of the movie Song of the Islands by Georges Manae.

Le Club 55 (created in 1955), started as a simple canteen for the team shooting the legendary Brigitte Bardot movie And God Created Woman and went on to find fame as a fine and very well-known restaurant.

And lastly Epi Plage, designed by Jean Castel and Albert Debarge in 1960 as a seaside version of the Epi-Club located in Paris’s Saint-Germain-des-Près. The establishment immediately received much media attention due to the frequent parties held there attended by a who’s who of cinema, fashion, music and politics.

Nearby is the beautiful Plage de L’Escalet, a beach also very popular with visitors.