In 1899 Eugene Thomas, member of the Second Emipes Pietris family and honorary member of the syndicate of Villefranche, restores the ancient ruins of an old military base, a magnificent demure made up of large terraces which overlook the Villefranche Bay.

Named as Chateau Amicitia which means friendship in Latin, the villa Nellcote was bought in 1904 by the Count Ernst de Brulatour, the first secretary of the American embassy in France, who placed the wonderful iron gates with golden leaf motifs along with a main door of the same style, framed with two sphinges. Twelve years later, the property was purchased by Samuel Goldenberg, who was one of the seven hundred shipwreck survivors of the Titanic disaster. With a great passion for dog farming, Samuel and his wife Nella often judged international competitions. in 1902, they discovered a dog which had unique character features and they named him Nellcote Gamin and he became the parent of the French Bulldog.
The Chateau Amicitia then was renamed Nellcote, which was also the name of their property in America and the base of the construction of Nellas Cottage. Samuel Goldenberg does not keep the Villefranche villa for a long time, for divorce reasons. He sells is in 1921 and moves to Nice in the villa Auvare. From a nervous shock that he suffered from the Titanic shipwreck, Samuel Goldenberg was blind for one month. He therefore promised himself that if he regained his vision, he would employ a part of his real estate portfolio to help people with visual problems. He also created with his new wife Edwige Garbowska, the French-American torch work of art which was destined to help people with eye problems, created in 1924 a blind city close to the Valrose park, plus a short time before his death, a building in Nice where they installed an area for blind people, which still to this day holds the name Foundation Goldenberg-Garbowska.
The villa Nellcote was bought by Alexandre Bordes, who was associated with his brother Antoine (owner of the neighboring villa Tijuca), took over their fathers Antoine Dominique Bordes company who was the founder of a shipping company specializing in the transit of nitrate solder between Chili and France. The generalized use of nitrate in agriculture from the 1880s had promised the company colossal benefits.
In 1914, the Bordes brothers and their float of 43 vessels, one of which was the biggest of the time, le France, employing 64 captains on a full time basis and more than 1500 sailors. The family planted numerous exotic trees in the park which were brought back by boat from South America or Asia. There were also many generous gestures to the disinherited and the office of charity of the commune. In order to perpetuate their memory, the road leading up to the villa was renamed Avenue Louise-Bordes.

More recently in 1971, there was a lot of talk about the Ville Nellcote when it was rented by Keith Richards, the infamous guitarist from the Rolling Stones, who recorded the album”Exile on Main Street” in the villa thanks to a mobile studio in the garden.

The electricity that was needed for the recording studio exceeded greatly what was supplied for a domestic residence and it was said that the musicians solved this problem by pulling a wire from the house to catenary to the close railway line. Many personalities across the world stayed at the Villa Nellcote such as John Lennon, Eric Clapton and Gram Parsons.

Today the property is in excellent condition, surrounded by trees and none of the original architectural features have been changed. 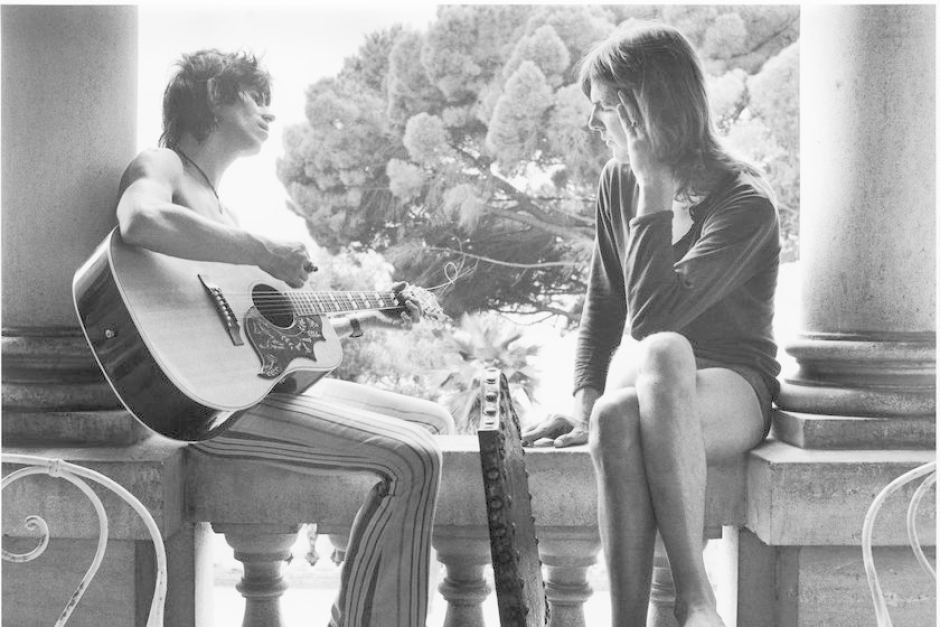 Please note that this is not a property listing, the house is not for rent, or for sale. It is an article written about the history of the villa, due to pure interest. See a full listing of properties for rent in Saint Jean Cap Ferrat