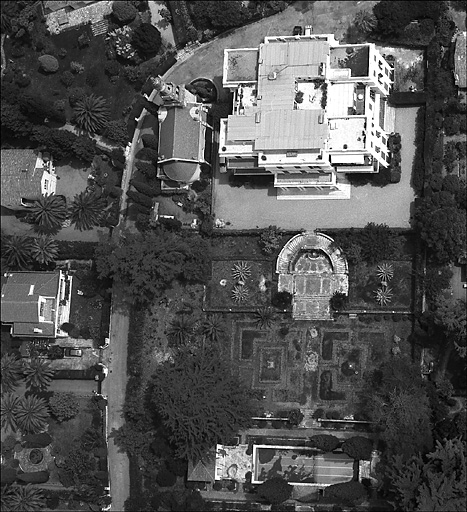 What springs to mind when you think of Cannes in the South of France. Lavish yachts? Exquisite villas filled with glamorous guests, awash with cocktails? You’re right, of course and Le Parc Fiorentina in La Californie is the embodiment of this Cannes’ spirit and much more besides.

By the late 1870s this popular area had already attracted the attention of an international community, including English banker and Member of Parliament Sir Julian Goldsmith. Enchanted with La Californie, Goldsmith commissioned a large-scale, Palladian villa complete with four floors, eight marble pillars and no fewer than 12 master bedrooms and nine staff rooms.

Less than 20 years later the villa was snapped up by the Italian Count Vitali and his wife, whose family were well known Venetian merchants. Already the owner of several other chateaus and villas, the pair were well-known for their generous hospitality and gregarious lifestyle.

As an avid music lover, the Count often organised concerts at the villa or on his yacht, the Katoomba, which he later renamed Fiorentina II. The couple increased the estate with a private chapel, complete with a Belvedere Bell large enough to be seen throughout Cannes. They also added a theatre and private concert room, which hosted many famous performers and musicians while under their ownership.

Bolder additions to the villa included a water room, a Greek temple and a winter garden packed full of tree ferns and vines accessible from the dining room. The Count, an avid car collector, also transported over his impressive collection of automobiles though the local press doubted his driving abilities following several widely publicised accidents.

Around 1910, the estate was acquired by a German, the Baron Carl von Weinberg, who continued the villa’s tradition of hosting lavish parties with a number of elegant receptions. Notable guests included: Prince Bernard de Saxe-Meiningen, Baron Stick von Steenberg, Princess Ghika, Countess Diesbach of Bellroche and the Countess of Potocka. During the festivities, the Baron often received his guests dressed in a black velvet gown, a diamond embroidered bodice and rhinestone and emerald tiaras.

Inevitably, the First World War drew an end to the party era and Villa Fiorentina was put into receivership. It was finally sold at auction in 1921 to an American: Myra Abigail Pankhurst, later to become Princess Daria Karageorgevitch, when she married into Serbian royalty.

With a reputation for being a little unpredictable, the Princess brought in a dozen peacocks, recreated the gardens and remodelled the building. She had the top floor removed creating a stunning roof-top terrace.

After the Second World War, the building was once again remodelled but this time was divided into apartments and the furniture sold at auction. The villa was brought by financiers who put a roof back on and added balconies leaving only the chapel untouched. It was bought by painter Emmanuel Bellini, to use as a workshop, preventing its demolition.

Available for Rent – Two bedroom apartment in the Parc Fiorentina